By the Numbers: The Importance of Mobile for a Non-Profit

By the Numbers: The Importance of Mobile for a Non-Profit

Comments Off on By the Numbers: The Importance of Mobile for a Non-Profit

So much has been written about the importance of responsive web design—which ensures that a website renders properly across smartphones and tablets as well as it does on lap- and desktop computers—that it’s almost inconceivable to think some owners and administrators are still not using this best practice with their website. Indeed, in 2014 mobile device usage surpassed desktop usage for the first time, and for non-profit organizations it’s absolutely critical that your online presence be up-to-speed for your supporters and, even more importantly, potential supporters. 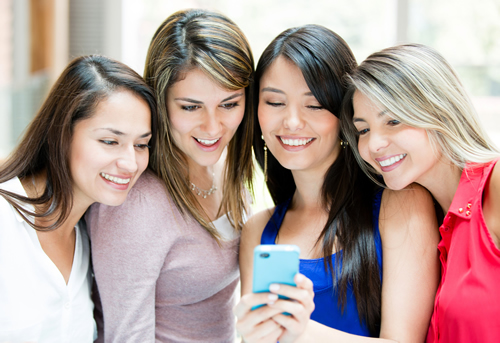 Imagine someone interested in your cause and seeking more information gets frustrated because your site doesn’t appear correctly on their smartphone and they’re unable to find a volunteer sign-up page? What if a corporation looking to make a donation to your group can’t read your non-profit’s board of directors listing? Or perhaps an individual isn’t able to click on a “donate now” button? All of these scenarios represent money, time and talent missed, perhaps permanently, and few non-profits can afford such lost opportunities.

Consider these numbers according to non-profit website expert Jennifer Gmerek:

• Each year donations made via mobile devices increases by more than 200 percent.

• Data shows that donors are 60 percent more likely to make a donation via a mobile device if the non-profit’s site is built with responsive design.

• An estimated 84 percent of U.S. non-profit’s landing pages are not optimized for mobile devices.

If those numbers don’t drive home the importance of responsive design for mobile devices, Gmerek offers these: more than half of all emails are opened on a smartphone or tablet (an important statistic for non-profit’s that put an emphasis on e-newsletters campaigns); and the average donation increased on sites that render properly on mobile devices.

Additionally, Gmerek touts other aspects of responsive design for non-profit sites: it’s easier for interested people to donate and register as engagement on your site is more seamless; users are much more likely to remain on your site for a longer period of time if their experience is pleasing due to easy navigation; and your site will do better in search engine rankings, especially given Google’s April 2015 announcement that they will drop said rankings for website that aren’t mobile-friendly.

Simply put, mobile matters, especially in the world of non-profit causes where more and more interaction takes place online. And if your organization’s site isn’t up to snuff, it’s time to make it so and ensure that your group is presenting the clearest statement and greatest appeal possible—hence promoting both a sense of professionalism and credibility—in our increasingly tech-driven world.